What does help eliminate downtime are facts, data, and objective determinations of what is going on with a production line.

ZPI Monitor & Report provides real-time 24/7/365 visibility into the performance of every machine in a production line.

It does this by capturing, aggregating and storing every signal from every piece of equipment in a production line, from inbound raw material handling to palletized finished product. If something happens on a machine anywhere in a production line, Monitor & Report captures it and customers can analyze it. 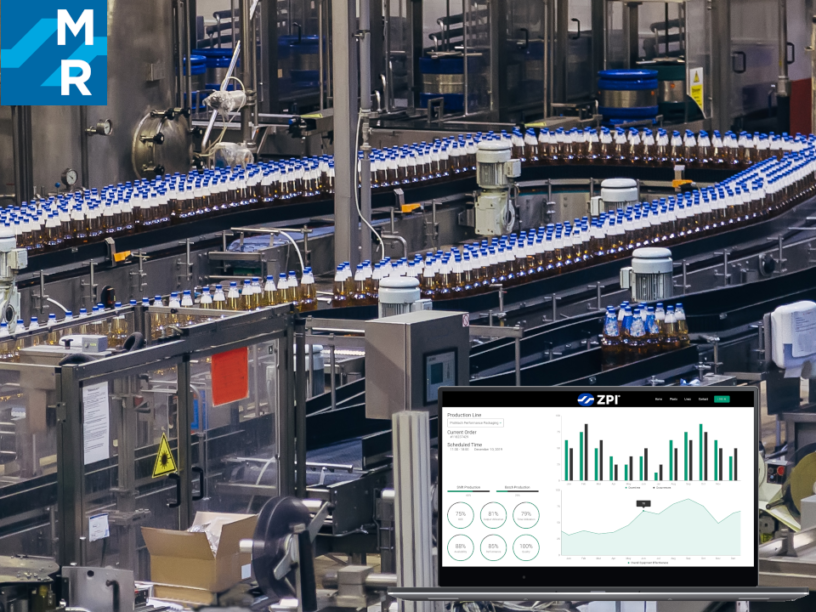 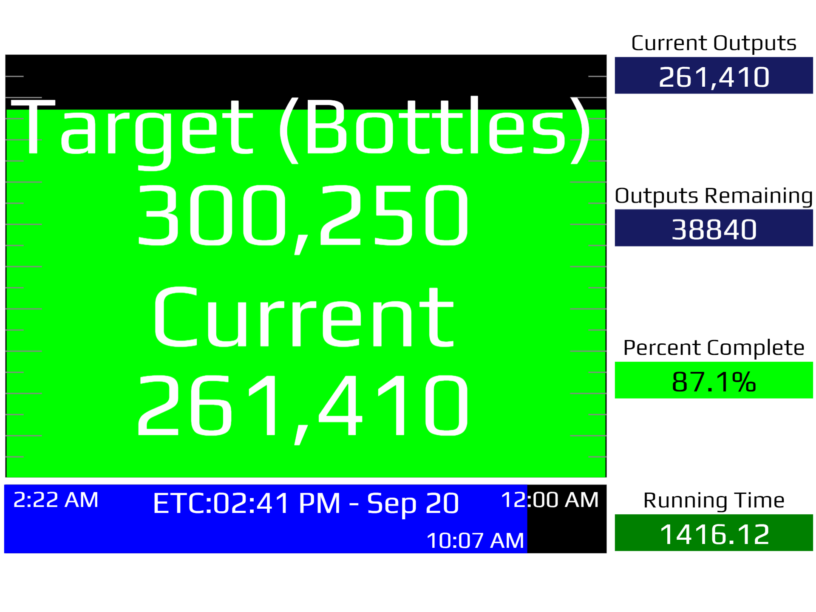 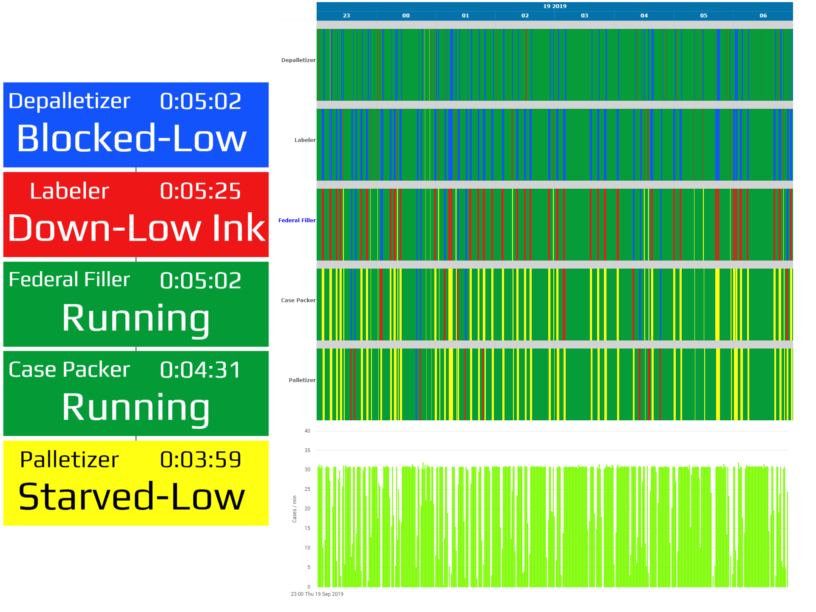 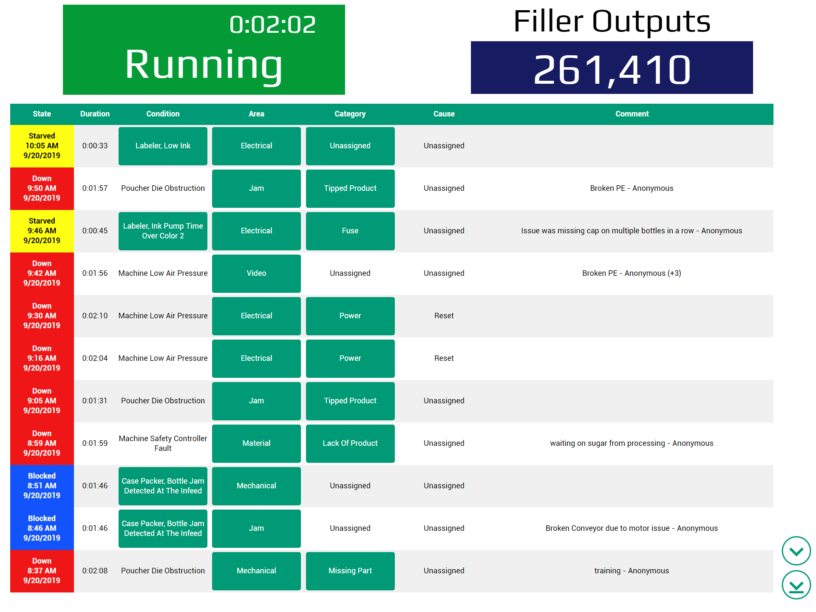 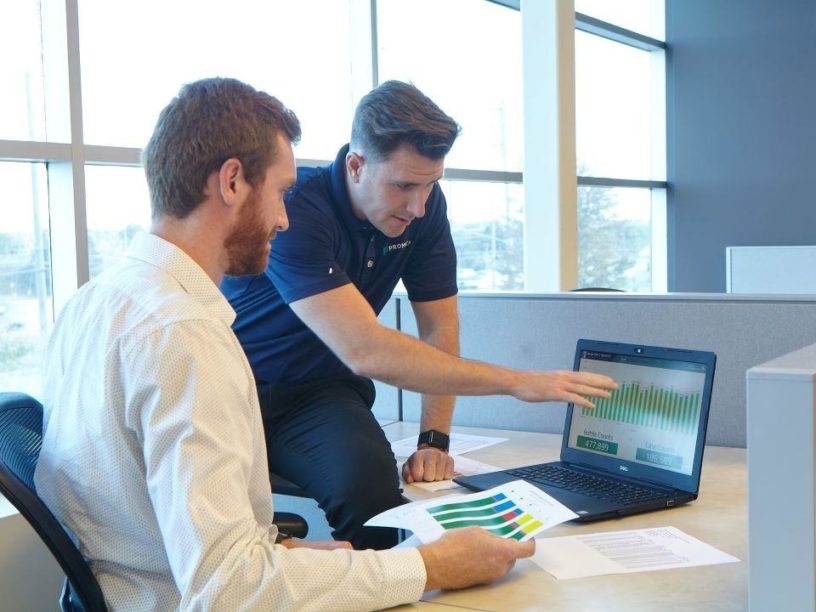 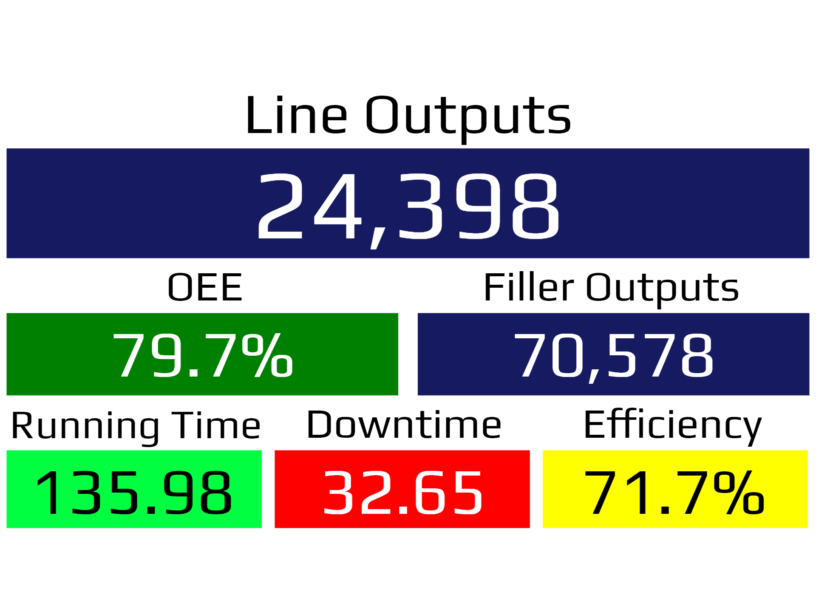 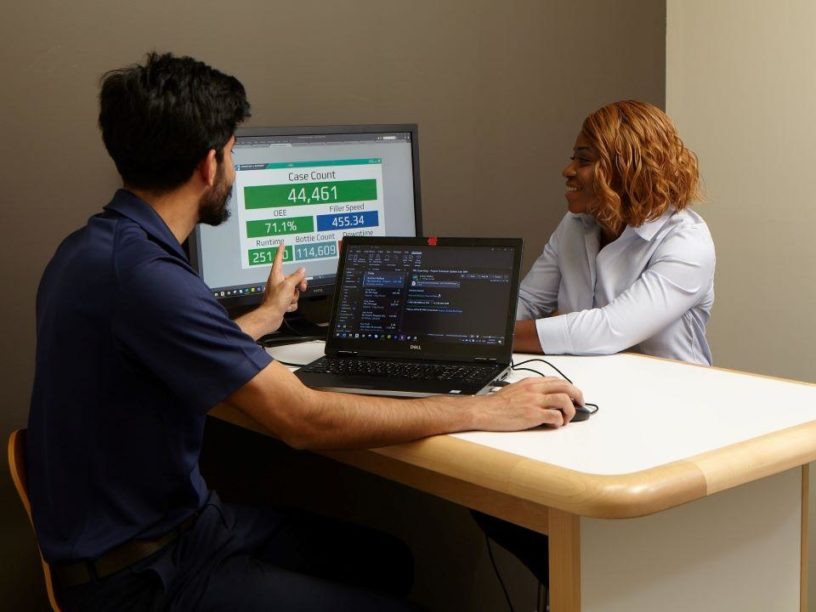 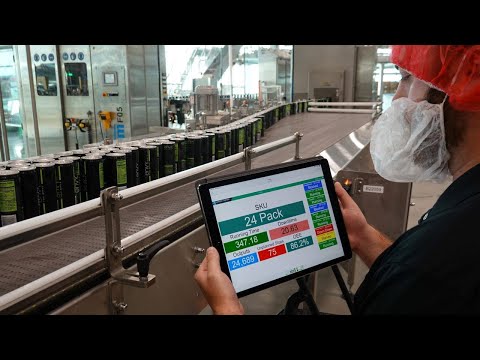 Here are a couple of real world examples of how Monitor & Report helped identify the root causes of costly downtime which helped customers eliminate it.

Their situation was all too common:

After seeing a complete demonstration of ZPI's Monitor & Report System the plant became a customer. Monitor & Report was installed and within a few weeks the system identified that over 75% of their roasters were routinely blocked from delivering product to the production department. An in-depth analysis of the collected data revealed that a combination of equipment issues, changeover issues and scheduling issues were responsible for the blocked conditions.

The net result within four months was an increase of 100,000 cases per month with zero $ capital investment.

The added production output five months after months installing Monitor & Report more than covered the cost of their investment in the system.

It was clear that oven temperatures were drifting in and out of specification but the root causes were unknown. Equipment related issues were suspected because oven zone and temperature specifications were completely documented and communicated to all operations personnel.

Monitor & Report was installed on the line to enable data capture from every component in the baking and downstream packaging processes.

Within a few weeks the data revealed that operators were responsible for the temperature changes and that temperature setting changes were highly correlated with shift changes. Further investigation revealed that a two long-tenured operators that "knew how to run the line" were the actual root cause of all the problems.

Corrective actions were implemented including:

The net result within three months was a decrease in scrapped product of $2,500 per week.

The accumulated value of these scrap reductions more than covered the cost of their investment in Monitor & Report in less than twelve months.

A not-from-concentrate juice manufacturer operated for a number of years without a packaging line data collection and reporting system.

They were experiencing excessive downtime on a line and lacking hard data they were never able to pinpoint the root causes.

The conventional wisdom was that the filler was their # 1 problem but there was no data to back-up this conclusion.

The manufacturer purchased and implemented Monitor & Report and within a month they were able to determine that the filler stopped filling approximately 700 times per month.

These stoppages explained why the conventional wisdom pointed the finger at the filler.

What Monitor & Report revealed was these stoppages were primarily related to the filler being blocked by downstream equipment.

The customer implemented corrective actions on several downstream line components and accelerated planned maintenance on the filler. Together these corrective actions reduced monthly stoppages from over 700 to less than 100 which increase weekly line production by over 350,000 containers per week.

In less than six months, the reduction in line downtime and the increased line productivity more than paid for the customer's investment in Monitor & Report.

A global carbonated beverage manufacturer used Monitor & Report in a number of their bottling and canning plants but other facilities operated with different data collection systems, including manual collection and reporting processes.

Regardless of the data collection method used, every facility was required to routinely collect, compile and submit their production data and Key Performance Indicators (KPI) to a centralized system.

It was widely known that plants running Monitor & Report were able to collect required data and then calculate and report their the key KPI’s more accurately and more quickly than sites using other methods. The production data and KPIs provided by Monitor & Report users were also easier to aggregate because of consistent, common formats.

The customer approached ZPI about the possibility of a global implementation of Monitor & Report across all bottling plants that also included completely automated plant level reporting, automatic data roll-ups to the corporate level, and flexible corporate reporting capabilities.

A customer + ZPI team was formed, requirements were developed, and ZPI then developed a Monitor & Report based system that would automatically push Monitor & Report collected data and reports to a global central database.

The system was initially implemented in two sites to demonstrate its functionality, performance and to evaluate its impact.

The plant level impact was observed immediately as evidenced by a one hour reduction per shift in supervisor and operator labor previously dedicated to manual processes. Line leads and plant managers had no difficulty identifying more productive uses for this freed-up labor.

A second plant level impact was the reduction in the time it took managers to compile and calculate required KPIs and then format them into their report. This time savings cascaded upwards all the way to the corporate database and reporting system as it automated the data aggregation and reporting processes.

Overall, hundreds of valuable labor hours per month could be redeployed to other value creating tasks.

Based on overall time savings and improved reporting consistency and accuracy, the new system was accepted and the result is an ongoing global roll-out of Monitor & Report across their bottling network.

The customer's objectives were:

One of the immediate benefits of the Monitor & Report system was one stop visibility into the entire processing operation. Prior to installing Monitor & Report, the status of each machine was only available through the HMI of that machine. This big-picture, real-time visibility helped improve day-to-day and even shift-to-shift operations.

Their analysis of the first three months of collected data revealed:

Based on their deeper understanding of "stuck states" the customer developed corrective action protocols for addressing each stuck state, and they implemented a real-time process monitoring alert system that immediately informed plant personnel that a "stuck state" had started.

The customer also implemented other corrective actions which included workflow changes and the development of benchmark process efficiency metrics and standards for use in other plants producing the same products.

By rearranging their upstream procedures flow using data from Monitor & Report, the customer was able to achieve a 20% reduction in changeover time which improved overall productivity and a reduction in crew size which reduced operating costs, particularly for second and third shift operations.

Based on the success of the first installation, this customer added Monitor & Report to their upstream processing operations in other plants around the world.

The line was not capable of running at steady-state speeds and the speed-up slow-down and stop-start-stop-start production process was negatively impacting the line's output.

What was unknown was why the filler was underperforming.

After collecting data for a month using ZPI’s Monitor & Report system the customer came to some unique findings.

They were able to determine that the filler was set to run multiple products at specific speeds regardless of product viscosity.

The net impact of the corrective actions was an 8% increase in production efficiency, from 63% up to 71%, in only three months.

Overall Equipment Effectiveness (OEE) is an objective and comprehensive process for identifying and understanding the sources of packaging line downtime and lost productivity.